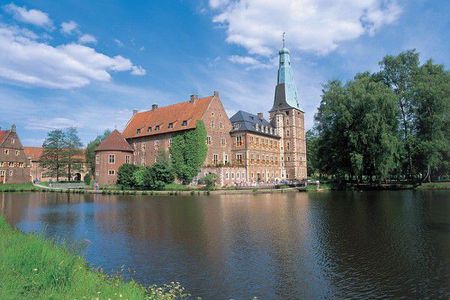 Cycling holidays between wild horses and flamingos. This bike tour leads through the green Münsterland in northwestern Germany. We're sure that you'll enjoy the magnificent landscapes on the daily cycle trips. As you ride through beautiful villages, pastures, and meadows, you will have the chance to see castles, palaces and former courts. The routes are mostly flat, well-paved bike trails- the so-called "Pättkes" that are typical of Münsterland. Plenty of signs make finding your way easy, and allow you to concentrate on the scenery rather than not getting lost. This also means you can safely pick your own route from one stop to the next.

Day 1: Arrival in Münster
The marketplace, the beautiful gabled houses, the old city hall and the former bishop's palace will give you plenty to see while in the city. There is parking at the hotel, and arrival by train is also a possibility.
Day 2: Münster - Schöppingen, ~54 km
Imagine you've just hopped on the bike and are already at the first of many sights: the beautiful Hülshoff palace, surrounded by a moat, and containing the "Droste Museum." Narrow trails through the fields will lead you past the Havixbeck house and finally into Eggerode, the flower-filled second place winner of the "beautify our village" contest.
Day 3: Schöppingen - Zwillbrock, ~57 km
As you ride, you'll pass the occasional farmhouse, far removed from its neighbours, before arriving in Ahaus where you have the chance to visit a beautiful, moated baroque palace. As you ride along the border with Holland, you'll find yourself in moors and pastures on the way to the Zwillbrocker Venn national park. Flamingos and black-headed gulls await you there!
Day 4: Zwillbrock - Bocholt, ~49 km
So, you thought it couldn't get any better? Well, it can! Holland is perfect for bicyclists: you'll follow narrow streets and bike trails, and ride along country roads to the Weenik cheese factory, which you can tour if you're interested. Then on to the huge Vragender windmill, followed by the historic city of Bredevoort. In the afternoon, you'll find yourself back on the "road of 100 palaces," which you will follow straight to the moated palace of Bocholt.
Day 5: Bocholt- Coesfeld, ~63 km
The road of 100 palaces is no exaggeration: just after you leave Bocholt, the next moated palace greets you. Welcome to the palace at Lembeck. On the palace tour, you'll have the chance to observe the Baroque and Biedermeier culture before continuing past the Merfelder Bruch (Merfeld Fen), with its wild horses, to arrive in Coesfeld. In the evening, we suggest a visit to the Stephanus brewery in the middle of town.
Day 6: Coesfeld - Lüdinghausen, ~54 km
Today you'll pass through the Baumberge (lit. "Tree mountains"), the only hills in Münsterland. After a few kilometres of rolling hills, you'll be back on the flatland, following the bike path via Senden to Lüdinghausen. While you're here, don't miss the medieval fortification of Vischering castle, with its drawbridge and museum of Münsterland's history.
Day 7: Lüdinghausen - Münster, ~56 km
And now for the 'Pièce de Résistance': the palace at Nordkirchen, known as the "Versailles of Westphalia." Not stopping here is hardly an option, as the interior decoration of the palace is masterful! For the rest of the day you will continue along the road of 100 palaces, passing the Romberg and Byink houses, and the Davensberg castle on your way to your final stop in Münster.
Day 8: Münster, departure
All good things do, sadly, come to an end. After breakfast at the hotel, your tour is at an end. 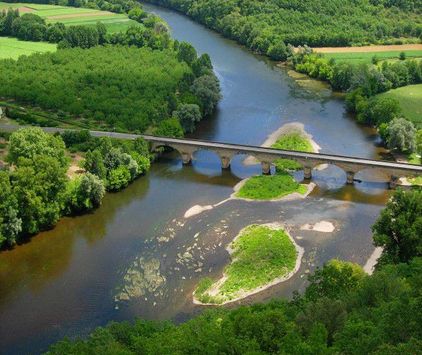 Cycling holidays from Agen to Sarlat.

Discover the South west of France ... 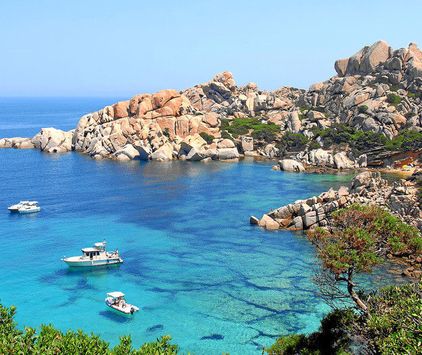 Plunge into the savage and romantic beauty of south western Sardinia, ... 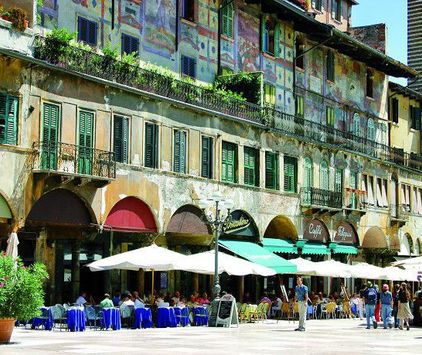 Enjoy a bike tour full of highlights like the Dolomites, the Lake Garda and ...