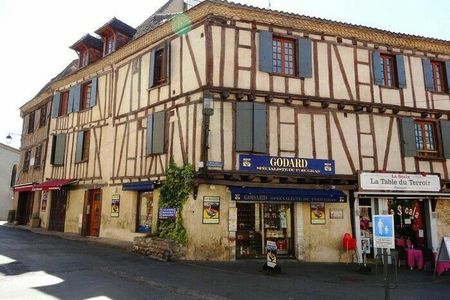 You will cross the Gironde and the Dordogne, two flagship departments of South-West France with well-marked identities by their prestigious vineyards: Saint-Emilion, Monbazillac and Bergerac; their cultural patrimony with Bordeaux, « city listed as Unesco World Heritage » and the Perigord rich of a thousand vestiges. Their famous and tasty gastronomy will delight you! After riding between vineyards and castles of Bordeaux you will come in the Purple Perigord, color referring to the one of the wine before discovering the Black Perigord, cradle of prehistory, the most emblematic of the region, offering a diversity of remarkable landscape between Dordogne Valley and the Vézère Valley. You will stay in Les Eyzies, and can decide to enjoy the Grotte de Lascaux. You will eventually end your tour in Sarlat, jewel of Perigord.

Day 1: Arrival in Bordeaux
Arrive at your hotel in Bordeaux, where you will find the road book and bikes. Bordeaux, named before ‘Burdigala’, is a Roman city, inseparable from its vineyards and prestigious stones architecture.. The river Garonne, heart of the city, welcomes walkers on the banks and offers boat trip. The quays suit everyone, hoping to witness the stop of a cruise ship, "amazing show" of a giant of the seas in the city centre Capital of wine, Bordeaux is endowed with a rich history and architecture.
Day 2: Bordeaux - Saint-Emilion, ~50 km
You leave Bordeaux going through the majestic Place de la Bourse, along the quays, then cross the Pont de Pierre before joining the cycle track Roger Lapébie. This route allows you to discover the Entre-Deux-Mers region with track / greenway and lanes ... Enchanting! You will enjoy an ideal route for a bike ride in the heart of natural landscapes. You will follow this pleasant track which goes to Creon, typical bastide village in the region. You will ride through a rich architectural heritage, medieval towns, country houses, fortified mills, abbeys, Roman churches.
Day 3: Saint-Emilion - Ste Foy la Grande, ~41 km
On this new cycling day you will discover the prestigious vineyards of Saint-Emilion and its 5000 hectares, first vineyards listed as Unesco World Heritage as cultural landscape. You will then join Castillon-la-Bataille land of history, before going along the Dordogne until the bastide of Sainte-Foy-la-Grande. At the gates of the Perigord, the oldest of the bastide of Gironde has been founded in 1255. Prosperous thanks to the wine trade, it still has its place surrounded by its cutlery, its old houses -stone of the thirteenth century, and sides of 16th century carved woods, particularly remarkable.
Day 4: Sainte-Foy-la-Grande - Bergerac, ~37 km
The little roads of the ‘Pays Foyen’ will lead you until Monbazillac and its chateau, in the heart of the vineyard of the same name, Perched on a pretty hill, Monbazillac proudly dominates the Dordogne valley, it is a real "jewel" of wine village. Your day will end in Bergerac, city of Art and History, situated on the edge of the Dordogne, you will stroll along the quays and the old town to admire its half-timbered houses of XV and XVI centuries before tasting the famous local products, integral part of the Périgord patrimony.
Day 5: Bergerac - Les Eyzies, ~63 km
From Bergerac, the itinerary runs along the Lalinde canal by a cycle track making you discover charming and typical little villages. Lalinde's first English bastide town in the Perigord was built on the banks of the Dordogne and has kept remnants of its medieval past. You will continue this stage following the tributary of the Dordogne: the Vézère, which will immerse you in the Black Perigord and will lead you to the world capital of prehistory: Les Eyzies. Here was discovered the Cro-Magnon man. Here you can discover the marvels of prehistoric cave art. You can also discover numerous prehistorically sites most of them on the UNESCO World Heritage list. Meet the Homo sapiens, remains of its habitat, common activities and its art.
Day 6: Les Eyzies - Sarlat, ~25 km or 47 km (Caves de Lascaux)
For this last step, you will continue your travel through time meeting with several prehistoric sites punctuating the Vézère Valley, before reaching the famous Cave of Lascaux. Here men of the Paleolithic have realized a completed and unique work, consisting of signs and animal representations. A masterpiece of prehistory, this priceless treasure is listed as a World Heritage Site by UNESCO. You can also go to Sarlat by a faster route to enjoy the gastronomic capital of Périgord Noir where you will enjoy regional cuisine: foie gras, truffles, duck ... ‘Sarlat’ is one of the jewels of the Black Perigord which preserved the footprints of its history. Classified city of art and history, it was built during the ninth century around a large Benedictine abbey. The riches of its architectural heritage make its excellent reputation. The medieval city is also renowned for its largest number of classified and listed historical monuments in the world.
Day 7: Sarlat - Souillac, ~30 km
You will leave Sarlat gently by a cycle path traced on an old railway, along the Dordogne Valley, it will lead you to Cazoulès, a few kilometers from Souillac. This easy and secure course will offer you a varied landscape, in the shadow of cliffs, between forests, small villages of the Dordogne and countryside.
Day 8: Loop Souillac - Rocamadour - Souillac, ~42 km
This loop day will take you to the small village of Lacave, on the edge of the Dordogne, before joining the inescapable sacred city of Rocamadour. World famous, the medieval city clinging to the cliff in a superposition of houses and chapels, dominates the canyon of the Alziou over 120 meters! High place of pilgrimage on the way to Saint Jacques de Compostela, Rocamadour is also famous for its Basilica Saint Sauveur and the crypt Saint-Amadour, classified as World Heritage by UNESCO, and its chapel Notre-Dame sheltering the Black Virgin. Overnight in a 3* hotel in B&B.
Day 9: Departure after breakfast.

self-guided tour - 9 days / 8 nights
dates
arrival every day
01.04.-31.10.2020
route (2): ~310 km
the tour starts flat but is often hilly as well
how to get there
by car: to Bordeaux
by train: to Bordeaux
by plane: to Bordeaux
parking
on request
cave Lascaux
tickets should be reservated in advance on internet 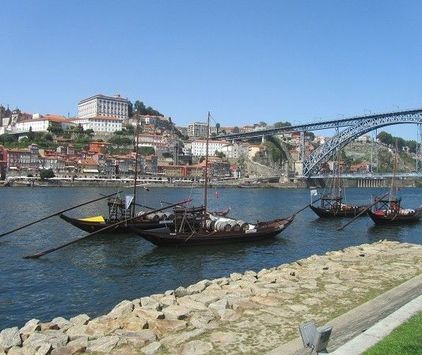 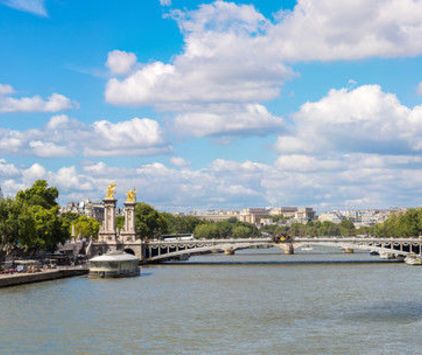 These two majestic capitals are finally linked by cycle paths and ...

Boat and bike tour in Burgundy

Who wouldn’t like to taste the Burgundy way of life in France? The first ...