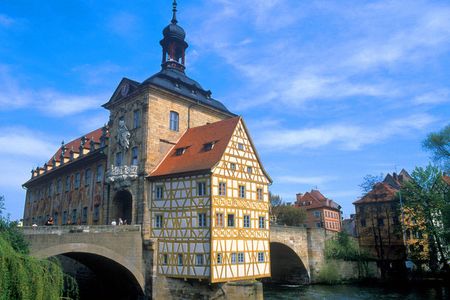 We proudly present you this combined ship and bicycle trip through Franconia in the north of Bavaria in southern Germany. Along the Main Danube Canal you will discover a wonderful, gently curved green landscape and historically significant cities of the Middle Ages. The episcopal and the emperor’s town of Bamberg, the former Central European trading city of Regensburg or the Franconian metropolis of Nuremberg speak for a clear language. But even smaller communities, such as Forchheim, Berching or the Huguenot’s town of Erlangen are sure to charm you with their beauty in medieval costumes. Enjoy the typical Bavarian hospitality, freshly tapped beer and excellent regional, Franconian cuisine.

Day 1: Arrival in Bamberg
The crew of La Belle Fleur welcomes you on board of the ship in the cruise port of Bamberg. Bamberg a city of world-class, with its big baroque buildings, its cozy traditional German houses and its small alleys, which surprise you every time. It is here, where you are going to test your bike in the green sites of the city. Afterwards you will explore the old city center with our tour guide.
Day 2: Bamberg - Erlangen, ~55 km
After breakfast we start our tour through the canal valley to Hausen. From here we leave the canal and bike through the fields of the Regnitz valley, where we bike a part of one of Germanys most beautiful bike routes “the Regnitz-Radweg”. During the day you will have all the time to enjoy one of the local “Biergarten” along the way, for a piece of pie or a bier. Also you will discover “the bier city of Germany” Erlangen, where we will spent the night.
Day 3: Erlangen - Nuremberg - Hilpoltstein, ~34 km
This morning the captain will start the engine early, to bring us to Nuremberg, a city with a lot of possibilities. You can wonder around in the medieval part of town or visit the remains of the Second World War, including the buildings of the Nuremberg trails. After visited Nuremberg you will cycle along one of the oldest canals in the world. The original Main - Danube canal from King Ludwig, with its 101 locks and beautiful sites. In the afternoon you leave the old canal and bike through the national park Rothsee to Hilpoltstein. Where you can enjoy the Bavarian landscape from the sundeck.
Day 4: Hilpoltstein - Beilngries, ~48 km
This day’s tour brings you to Freystadt, where you can visit the town center and of course the pilgrim church of “Maria-Hilf-Wallfahrtskirche”, a baroque monument in the middle of the fields. In the afternoon you continue your tour to Beilngries, with its historical city center and their own local brewed beer.
Day 5: Beilngries - Riedenburg, ~30 km
Today another national park is on the agenda, the “Altmuhltal”, here you bike along the valley and numerous times you will see remains of the old King Ludwig canal that used to flow through this valley as well. We end our bike tour in Riedenburg.
Day 6: Riedenburg - Regensburg, ~55 km
The last bike day is following the final part of the Main Danube bike path that will bring us to Kelheim, a small city that is situated at the crossing of the canal and the always blue Danube River, to the medieval town of Regensburg. We will enter this old and rich town of Regensburg through green fields and beautiful sites.
Day 7: Departure from Regensburg
After breakfast you can participate in a city tour, or you can do some last minute shopping in this nice town. Around 12 o'clock the crew of La Belle Fleur says you goodbye!

Your Boat - MS La Belle Fleur
The MS La Belle Fleur is a former cargo ship, built in 1929. In 1993 the cargo ship was turned into a passenger ship and during the winter of 2011-2012 the interior was completely renewed and brought up to date to the nowadays wishes of the passengers. On deck of the MS La Belle Fleur you can enjoy the good weather at the sun deck with its comfortable chairs. On deck there are also tables and chairs so we can eat outside, weather permitting. The tables are underneath an awning, which also can provide a place in the shadow or even allow you to sit outside, in the event of some rain. 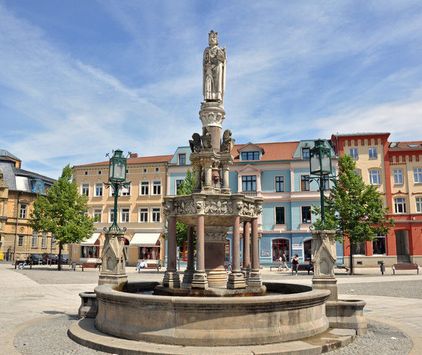 The Werra Cycle Track - From Meiningen to Hann. Münden

France-Bike, your partner for cycling holidays is pleased to present you ... 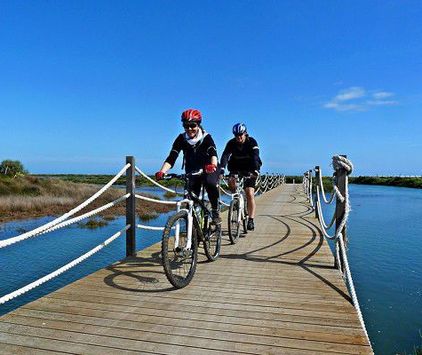 Discover the beautiful landscapes of the Algarve! Trans Algarve Cycling is ... 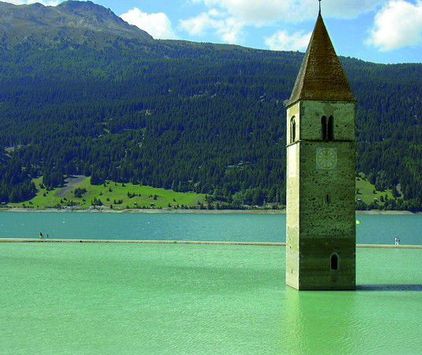 This bike tour in South Tyrol along the Adige River leads to Lake Garda and ...