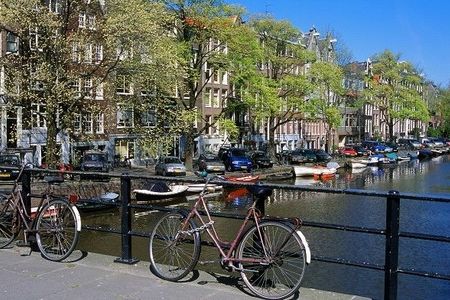 Diverse scenery and charming towns steeped in history. We have devised a wonderful cycling holiday through Holland down into Belgium, past towns, villages, canals - on high-quality cycling paths. In eight days of cycling you will discover many delightful places you otherwise wouldn’t have chanced upon. Starting in Amsterdam and travelling in a southwesterly direction you will go to the following towns: Gouda, Dordrecht, Willemstad, Zierikzee, Middelburg, Vlissingen (Flushing), Sluis, Damme and Bruges. They count among the most picturesque towns in the Netherlands and Flanders and are remarkably well-preserved and evocative of centuries past. The route is predominantly rural and passes through a number of nature reserves. We also offer this tour with Bruges as the starting point. If you so choose, we can organize your transfer back from Belgium to Amsterdam.

Day 1: Arrival in Amsterdam
Your bicycle holiday starts in Amsterdam, famous for its gorgeous 400-year-old canal district; museums (the new Rijksmuseum, Van Gogh, Anne Frank etc.); street artists and performers on Dam, Leidseplein and Rembrandtplein; a notorious red-light district and more. This city is brimming with things to see and do and you couldn’t wish for a more dynamic beginning to your holiday. Try to arrive early so you have time to admire the elegant tree-lined canals and tall narrow townhouses and warehouses dating from the 17th century (World Heritage Site).
Day 2: Amsterdam - Gouda, ~79 km/49 miles
After staying the night in bustling Amsterdam, plunge into the peace and quiet of the “Groene Hart” or Green Heart, a pleasant rural area of low-lying polders with peat meadows and grazing cattle. It’s a flat, open, spacious landscape where church spires and windmills touch the horizon and clouds are reflected in lakes and canals. For centuries, people flocked from far and wide to buy horses, cows, meat, turf, seed, cheese etc., at weekly and annual markets in Gouda. We recommend an evening stroll around the old part of town to soak up the yesteryear atmosphere and marvel at the large and attractive market square boasting a wonderful fifteenth century town hall as well as a Weighing House (“Waag”).
Day 3: Gouda - Dordrecht, ~37 km/23 miles
Hit the trail once again and head for the village of Kinderdijk where nineteen majestic windmills present a unique spectacle. In the age of wind they were used to drain excess water out of the low-lying polder up into the River Lek. Pedaling on, you will reach one of the oldest towns in Holland: Dordrecht, completely surrounded by water. The area around the marina is a true gem. This oldest part of town counts over a thousand historical buildings and three nostalgic canals.
Day 4: Dordrecht - Willemstad, ~65 km/41 miles
The result of a major flood in 1421, Biesbosch is one of the few remaining wetland habitats in Europe where the ecosystem has adapted both to saltwater coming in from the sea through tidal creeks, and to freshwater coming down in the rivers. It’s an ever-changing labyrinth of creeks and rivulets encompassing countless little islands of willow woods and reeds, a paradise for birds. The longer ride (54 km) takes you along the edges of this National Park. Round off the day in Willemstad, a fortified town shaped like a seven-point star.
Day 5: Willemstad - Schuddebeurs, ~50 km/31 miles
Today you will enter Zeeland, a province of the Netherlands marked by light, wind, water and lots of space. It is made up of islands so bridges and ferries will be carrying you across the waters as you drift down towards Belgium. Picture-book towns with ancient houses and cobbled streets are lined up for the coming days. Traverse a patchwork landscape of vast polders, idyllic countryside, rolling dunes and golden sand flats.
Day 6: Schuddebeurs - Vlissingen, ~42 km/26 miles
A wander down the narrow streets of Zierikzee is an absolute delight. Quaint little old houses take you back in time to the town's glory days when ships set sail to sell salt, wool, fish, grain and red dye as far afield as the Baltic and the Mediterranean. Your route continues to the charming village of Veere. From 1541 everything that was exported to Holland from Scotland (mainly wool) came ashore in and was distributed from Veere. This contract brought the town not only prosperity but also a very lively Scottish expat community that stayed for 300 years. Walk in their footsteps as you take a tour of the sights. Cruising further south, you will discover the nostalgic splendor of the city of Middelburg, capital of Zeeland. In the 16th and 17th centuries it was one of the most important centers of trade in the Netherlands. At the end of the day, amble down to the beach in Vlissingen to watch the sun set into the sea.
Day 7: Vlissingen - Bruges, ~66 km/41 miles
After a hearty breakfast, hop on a ferry boat to Zeelandic Flanders with its winding country roads, pollard willows, wet meadows and scattered villages. Having crossed the border into Belgium, you will reach the charming little town of Damme on the banks of the romantic Damse Vaart. From here, it’s only a short stretch to Bruges, known as the pearl of Flanders! It’s a truly enchanting town that has been welcoming tourists for about 150 years. With most of its medieval architecture intact, it remains exceptionally well preserved and can really give you a sense of times gone by when it was at the center of the European wool and cloth trade.
Day 8: Departure or extension 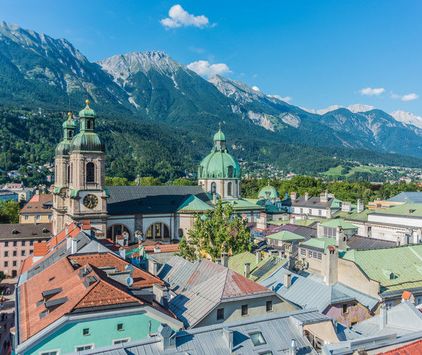 This outstanding cycle tour leads you along the Inn River from Tyrol in ... 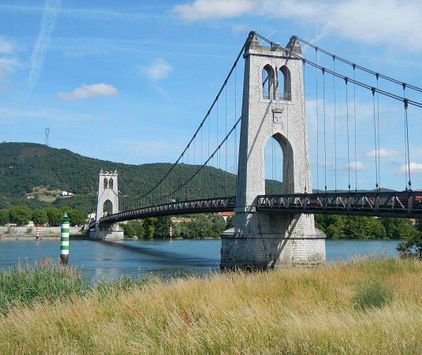 Via Rhona - From Vienne to Montelimar

France-Bike presents you another part of this famous cycle trail along the ... 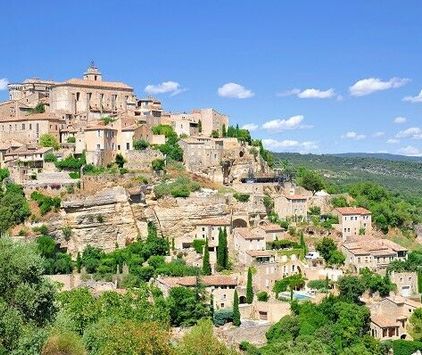 The paradise around the magic Mont Ventoux.